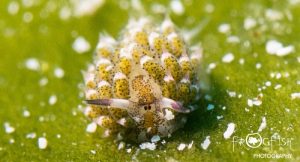 One of our Christmas traditions is to sit down together and watch an Aardman Animations film. Shaun the Sheep has become an instant hit with all of us, and even more so, when images of his namesake nudibranch started to appear online. However, for some years now, we have looked, but never found these tiny, elusive nudis. Until now…

On a recent trip diving in the Philippines with Magic Oceans Dive Resort, our guide seemed perplexed that we had not seen one before. 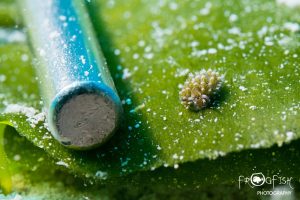 He promised to find us one on the very next dive and, perfectly on-cue, we were both excited to see him signalling to us within minutes of getting in the water. We approached carefully, as we were in a sea-grass area with a sandy bottom, and peered at the portion of greenery that he was aiming his pointer at. Neither of us could see a thing and signalled that we were perplexed. He pointed more carefully at a tiny speck of what looked like fluff, and gave the two-fingered signal for nudibranch. We looked more closely and more carefully – could this be the Shaun the Sheep, that elusive nudibranch? Yes! But, it was tiny and we had no idea that they were that minuscule! 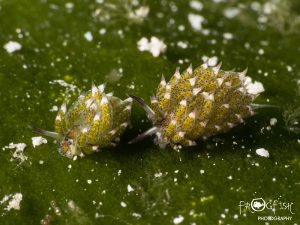 Our guide left us to work out how to go about photographing our new subject, while he looked for more. Soon he was back to say he had found two more. How he found any of them is a complete mystery to us. We also now have even greater respect for anyone who has ever taken a shot of this subject! We are not getting any younger, and the Shaun the Sheep nudibranch is made for young, sharp eyes. We were delighted to get a couple of decent photos from the dive.

There is something amazing about finding a species you have always wanted to see. Especially one that looks so much like an animated character you know and love. So, we were delighted to add this to our amazing list of dives on this trip. These tiny nudibranchs are only around 2mm in size, but along with their cute looks, are also quite amazing in another way: they can photosynthesize! The algae they feed on contains chloroplasts and these are assimilated into their own cells in a process called kleptoplasty. These are truly “solar-powered” 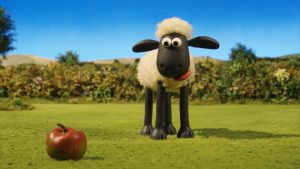 We would like to thank Aardman Animations for allowing us to use one of their images of Shaun the Sheep to show you why the nudibranch has been given this name. The resemblance is uncanny!